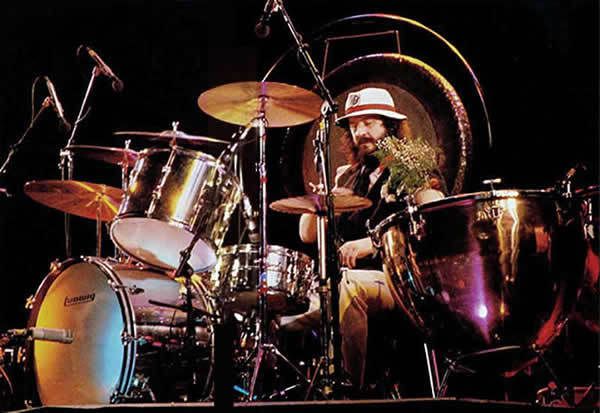 Admired by his distinctive sound, the feel for the groove while he’s playing, his speed, and his power…
Ladies and gentlemen, drummers of all ages, may I introduce to you, one of the most famous, one of the greatest, and one of the most influential rock drummer, ranked first in the 2016 Rolling Stone’s list of the “100 Greatest Drummers of All Time” … Here is…. John Henry “Bonzo” Bonham!

31 May 1948, John Henry Bonham was born in Redditch, Worcestershire, England. He started playing drums at the age of 5, with his kit consisting of cooking pots and pans. Luckily, he has a very supportive parents. He got his first snare drum when he was 10 and it was given by his mother. And when he reached 15, his father gave him his first drum kit, a Premier Percussion set!
Bonzo is a self-taught drummer, although back in the days, the Redditch drummers are there to give him advices. He was mostly influenced by great Jazz drummers like Max Roach, Gene Krupa, and Buddy Rich.
Between 1962 and 1963, while Bonham was still attending school, he joined the Blue Star Trio, and Gerry Levene & the Avengers. And in 1964, he joined Terry Webb and the Spiders, his first semi-professional band. Hold on… Oh wow! I just now realized that he was indeed a hero! Can you imagine? Spiders… and Avengers?! Lol, sorry, just kidding! Ok, let’s get back to Bonham. Also in that year, he went full-time on drumming. A couple of years later, he joined a band called A Way of Life. Bonham was kicked out because he played the drums too loudly. Then he joined the Crawling King Snakes, a blues group whose lead singer was Robert Plant. But in 1967, Bonham rejoined A Way of Life while still keeping in touch with Plant.
Time came when Robert Plant formed a group called Band of Joy and picked Bonham as the drummer. The band did demos but was not lucky enough to record an album. In 1968, the band was asked to do the opening act for the American singer Tim Rose during his Britain tour. And months later, when Rose returned, Bonham joined Rose’s band. What a roller coaster! 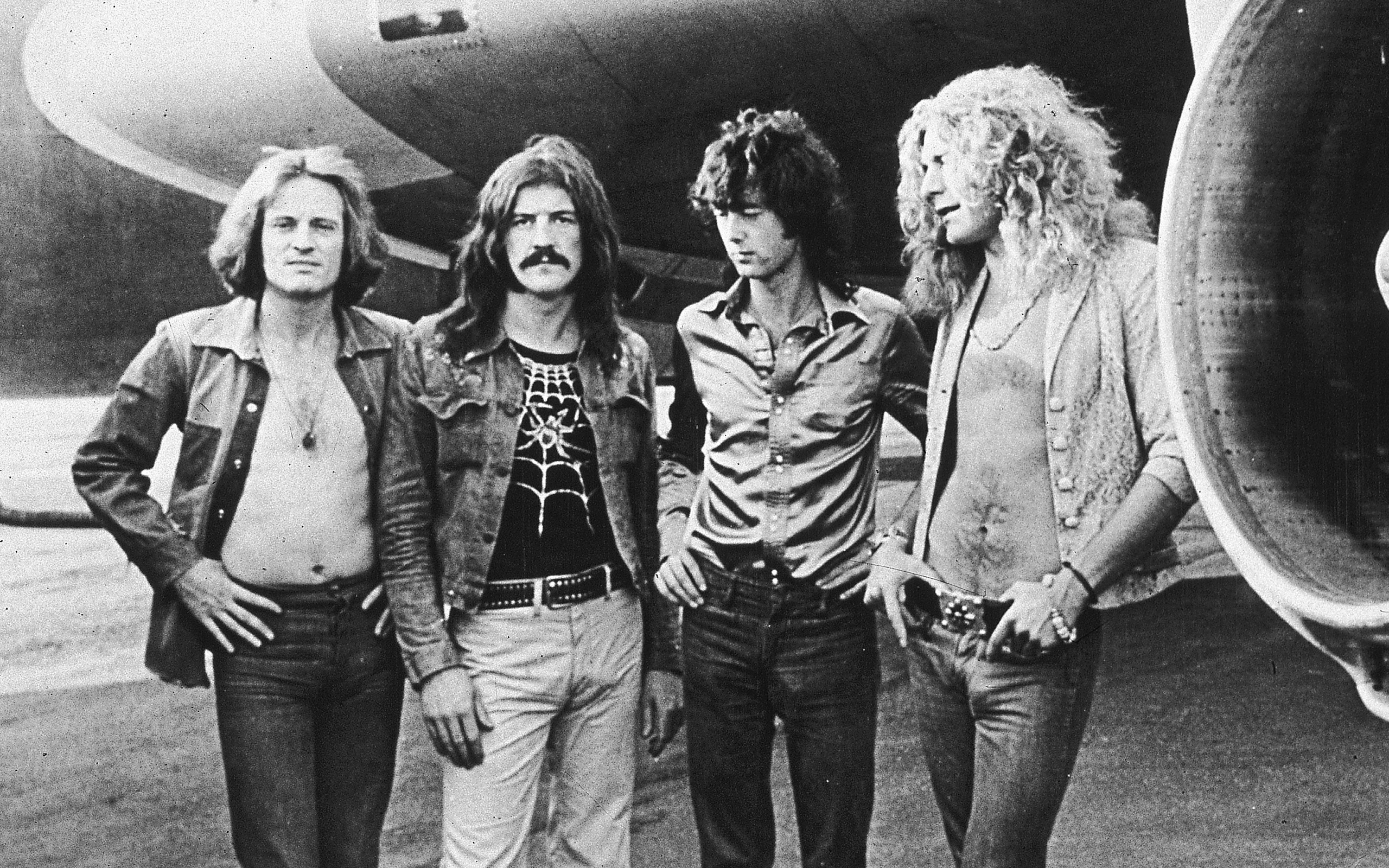 Getting into Led Zeppelin

From The Yardbirds, to The New Yardbirds, and to Led Zeppelin. Let’s just have a quick talk about Bonham and Led Zep.
The Yardbirds. Original members were Keith Relf as the vocalist and harmonica player, Jim McCarty as the drummer, Chris Dreja as their rhythm guitarist/bassist, and Paul Samwell-Smith as the band’s bassist/producer. The band was also known as the fire starter for the careers of these famous guitarists, Eric Clapton, Jeff Beck, and Jimmy Page. Jimmy Page replaced Paul Samwell-Smith as the bassist. And then soon switched to lead guitar together with Jeff Beck. When Beck left the band in October 1966, The Yardbirds went tired from tours and recordings and so they slowed down. They performed their last gig in July 1968.

The New Yardbirds. The Yardbirds had their last gig, but they still have commitments for a few shows in Scandinavia. Since authorized by Relf and McCarty, Jimmy Page and Chris Dreja still use the name The Yardbirds to continue the shows. And they both see this as an opportunity to put up a new line-up. Terry Reid was supposed to replace Relf but he declined the offer because he got a new recording contract and so he recommended Robert Plant, the vocalist of the Band of Joy. Plant accepted the position and then recommended John Bonham, former drummer of Band of Joy. John Paul Jones shows interest for the vacant position of bassist, and since Page knows him because they were both session musician, he let him join and became the final member of the group. In early September 1968, Jimmy Page changed the band’s name to The New Yardbirds while they were on the Scandinavian tour.

Led Zeppelin. Being known as The New Yardbirds, they completed the Scandinavian tour and was about to produce their debut album after they returned to UK. But then a cease and desist letter was issued forcing them to change the band’s name. It states that they were allowed to use the band’s name only during the Scandinavian tour dates. And here’s how they got the name Led Zeppelin… It was Moon and Entwistle that suggested that for a supergroup with Beck and Page, it will be like “Lead Balloon” (idiomatic expression for disastrous results). To avoid confusion, Peter Grant, their manager, suggested to drop the “a” in “Lead” so that people who are unfamiliar with the word will not say it as “Leed”. Then the “Balloon” was replaced by “Zeppelin”, which according to a music journalist Keith Shadwick, it brought “the perfect combination of heavy and light, combustibility and grace” to the mind of Jimmy Page. And the rest is history!

Here are the notable songs of Led Zeppelin that Bonzo played in:
• Black Dog
• The Ocean
• Whole Lotta Love
• Kashmir
• Immigrant Song
• When the levee breaks

His most famous drum licks are in the songs:
• Fool in the rain
• Good times bad times
• Rock and roll

Despite of his greatness in drumming, did you know that John Bonham suffered from a stage fright? He does have panic attacks before they took the stage. He even cut his teeth when he was still with the Crawling King Snakes. Who would’ve thought of that? By the way, have you seen his insane 15 minute drum solo for the song Moby Dick in 1970 at the Royal Albert Hall? He’s a Beast! Well, that’s his another nickname aside from Bonzo.

25 September 1980, 1:45 in the afternoon, at the age of 32, John Bonham was pronounced dead later after he was found unresponsive by their new tour manager Benji LeFevre, and John Paul Jones, Led Zep’s bassist. The finding was accidental death, and the cause is *asphyxiation from vomit. According to Pathologist Dr. Edmund Hemstead, he didn’t die immediately due to that, and it was possible that it happened hours later.
* Asphyxia (or asphyxiation) is from an Ancient Greek α- meaning “without”, and σφύξις sphyxis, which means “squeeze” (throb of heart). It happens when your body doesn’t get enough oxygen to keep you from passing out.
Also according to report, the autopsy did not found any other drugs in Bonham’s body, but, he’s taking Motival for his anxiety and it is unclear if the substances interacted with the alcohol in his system. On 27 October 1980, the inquest showed that Bonham had consumed around 40 shots or about 1-1.4 litres of a 40% ABV vodka.
His remains were cremated and his ashes interred at the Rushock parish church in Worcestershire on 12 October 1980.
Out of respect, Led Zeppelin chose to disband after Bonham’s death rather than replace him. Here is what they said from a press release on 4 December 1980: “We wish it to be known that the loss of our dear friend and the deep respect we have for his family, together with the sense of undivided harmony felt by ourselves and our manager, have led us to decide that we could not continue as we were.” It was signed “Led Zeppelin.” 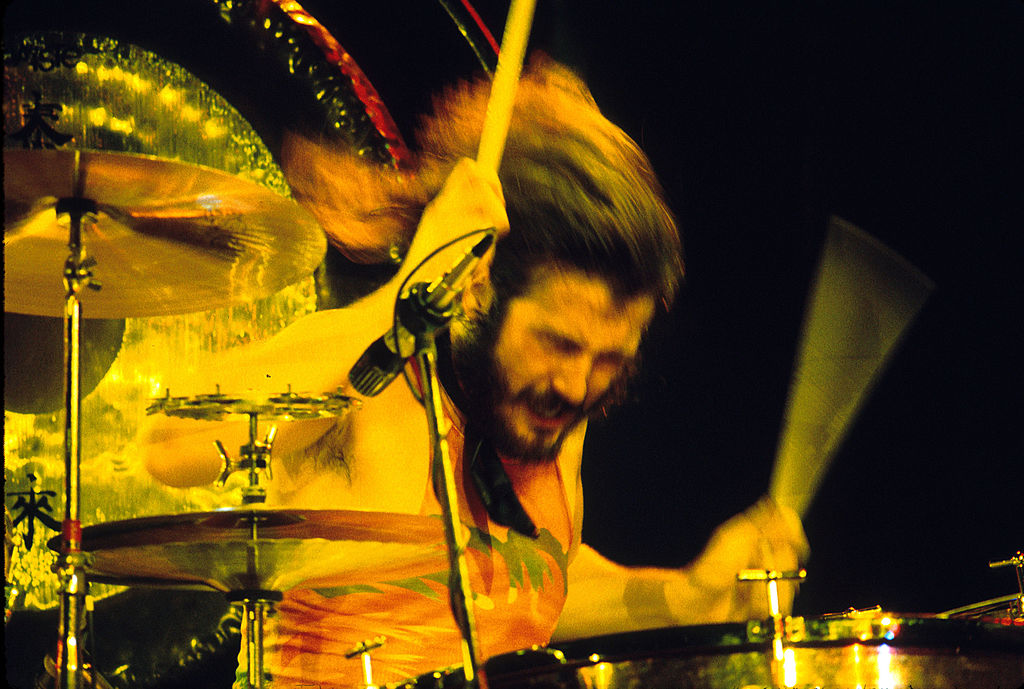 John Bonham, to some he is a god, a truly unique and amazing drummer.
Do you agree? How about you? Who’s your favorite rock drummers? Feel free to share it with us on the comments below, we would love to hear from you! See you on my next blog!

2 thoughts on “The legendary John Bonham”